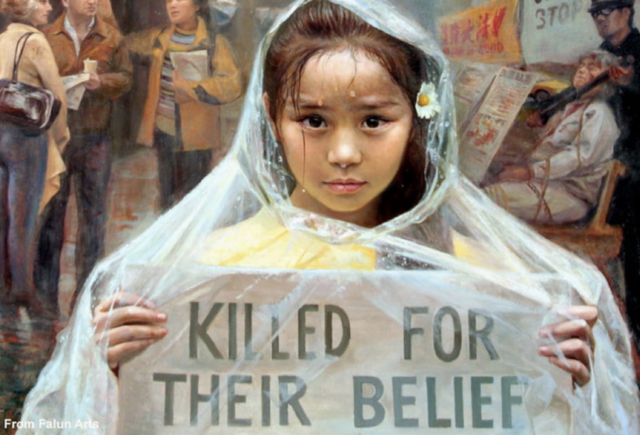 A 78-year-old woman died in Liaoning Province Women’s Prison in mid-January 2020, only weeks before the end of her five-year term for refusing to give up her faith in Falun Gong.

Falun Gong, also known as Falun Dafa, is an ancient spiritual discipline that has been persecuted by the Chinese communist regime since 1999.

She appeared in the Hunnan District Court on June 24, 2015, and was sentenced to five years.

Ms. Li’s latest arrest came only 15 months after she finished serving a seven-year prison term, also for her faith.

Abused During Her First Imprisonment

While Ms. Li was in Liaoning Province Women’s Prison, the guards ordered inmates to beat and kick her and stomp on her hands. Her face bled, her hands were swollen, and she was covered in dark bruises. Much of her hair was pulled out.

The guards sometimes forced Ms. Li to squat on the concrete floor for days on end, not allowing her to eat, use the restroom, or sleep. To make the torture worse, they forced her to take off her shoes and poured cold water on her feet while she squatted. Her legs hurt unbearably. She was unable to stand or sit afterward and had to crawl to get anywhere.

By the time she was released on October 17, 2013, Ms. Li had become just skin and bones, her hair had turned gray, and all her teeth had fallen out. Yet, agents from the local 610 Office, an extralegal agency created specifically to persecute Falun Gong, still harassed her from time to time.

News
1,184 Falun Gong Practitioners Targeted for Their Faith in August 2020