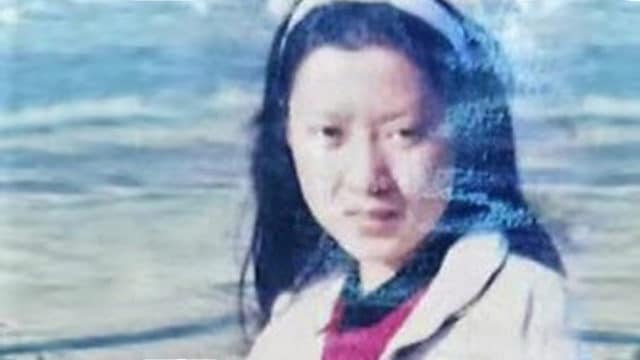 Ms. Luo Dan passed away on December 1, 2019, after suffering years of persecution for her faith in Falun Gong.

A woman in Liuyang City, Hunan Province passed away on December 1, 2019, after suffering years of persecution for her faith in Falun Gong. She was 50.

Ms. Luo Dan was very smart and kind. After she graduated from school, she became a kindergarten teacher.

Her father, Mr. Luo Fuxing, used to suffer from many ailments and was chronically cold. Because of severe vertigo, he retired while still in his 40s.

Her mother was also plagued by multiple illnesses. Once employed by a state-owned enterprise, she was laid off during the 1990s and never worked again.

After Falun Gong spread to Liuyang City, the world-renowned hometown for firecrackers and fireworks, the family took up the practice in October 1997 and Ms. Luo’s parents soon regained their health.

Persecuted for Their Faith

With the onset of the persecution in 1999, Ms. Luo and her parents were repeatedly harassed. The local officials attempted to force them to turn in their Falun Gong books and write statements to renounce their faith.

Unable to bear the enormous pressure, Ms. Luo’s mother gave up Falun Gong. Her ailments recurred and she passed away soon after.

The kindergarten where Ms. Luo worked was pressured by the authorities to fire her.

One and a Half Years of Forced Labor

Ms. Luo was arrested in November 2006 for distributing informational materials about Falun Gong. The police ransacked her home and gave her 1.5 years at Baimalong Forced Labor Camp.

Ms. Luo was forced to do unpaid labor and was abused for upholding her faith. She was traumatized both physically and mentally.

After she was released in 2008, the authorities monitored Ms. Luo and constantly harassed her.

Ms. Luo was arrested again on April 17, 2014. The police broke into her home and confiscated her computer, Falun Gong-related materials and cash, without a search warrant. They took her away after the home ransacking.

Her father, then 75, wrote an open letter calling for Ms. Luo’s rescue. Many local residents signed the letter to show their support.

Zhao Dingshan, then-head of the Liuyang City Police Department, refused to meet with the elderly Mr. Luo and ordered the police to harass those who signed the letter. A staff member from the local residential committee went to Mr. Luo’s home and destroyed the letter.

After four months of incarceration at the Liuyang City Detention Center, Ms. Luo was secretly sentenced to four years in prison on August 25, 2014, without her family’s knowledge.

The prison didn’t allow her father to visit her and forbade her from calling or receiving letters from her father, with the excuse that she didn’t renounce her faith.

The guards forced Ms. Luo to do unpaid labor and tortured her, including forcing her to wear a straitjacket and hanging her up for hours. Most of the torture didn’t cause visible external injury, but led to severe internal injuries.

The authorities continued to harass Ms. Luo after she was released. To support herself and her father, she found a job in a bookstore in June 2018. Only a few days after Ms. Luo started working, the authorities forced the owner of the bookstore to fire her.

Ms. Luo found another job as a sales associate for a clothing store in August 2018. The police arrested her again and sent her to Laodaohe Brainwashing Center.

Still trying to recover from the abuse-induced poor health sustained during her imprisonment, Ms. Luo fell ill after she was released from the brainwashing center. She became bedridden and emaciated.

She passed away on December 1, 2019 in tremendous pain, leaving behind her 80-year-old father.

The original story was published on Minhui.org here.

In the News
How I Learned to Stop Hating Falun Gong

In 2018, Nearly 70 Falun Gong Practitioners Were Persecuted to Death