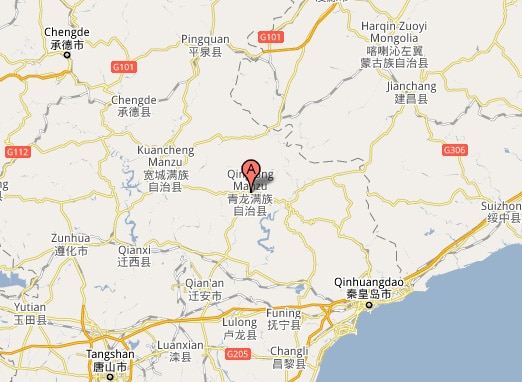 Sources inside China report that Mr. Pei Yanqing (???) was sent home on February 16, 2011 from Qinhuangdao Re-education Through Labor (RTL) Camp. His chest was covered in bruises and he was incontinent. Four days later, unable to recover from the torture inflicted on him in the camp, Pei passed away.

Pei, who was from Mutoudeng in Qinglong county, was abducted by police on September 1, 2010. He was detained in Dahenan village while speaking to local residents about Falun Gong and the human rights abuses suffered by practitioners. One resident, Mr. Zhu Hongwei, reported Pei to the local police.

Pei is one of several Falun Gong practitioners who have been killed in recent years after being detained for merely speaking to others about Falun Gong. In July 2010, the Falun Dafa Information Center reported the death of an elderly Beijing woman killed after being picked up by police for talking to someone on a public bus (news).

“When speaking to fellow Chinese about Falun Gong, Pei and others like him are trying to counter the Communist Party’s misinformation and propaganda used to demonize practitioners and encourage violence against them. In an environment of pervasive media and internet censorship, face-to-face conversations is one of the few channels practitioners are left with to convey important information to other citizens,” says Falun Dafa Information Center spokesman Erping Zhang.

“Pei was hoping to awaken their conscience and open their eyes, not only to the wrong done to Falun Gong practitioners by this campaign of persecution, but to the damage done to all Chinese. Unfortunately, it was the Party’s very demonization that caused Zhu to report Pei to the police and initiate the path of torture that ultimately lead to his death.”

Pei was interrogated at the police station, had his home ransacked and his Falun Gong-related books confiscated. At the urging of Zhu and another relative, Pei was questioned by agents from the Qinglong County Domestic Security Division and then taken to the local detention center.

Two days later, Pei was extra-judicially sentenced to one and a half years in a forced labor camp. He was immediately taken to Qinhuangdao City RTL camp, where he was tortured to the point of near death in just over six months.

Pei had previously been detained multiple times for practicing Falun Gong, the longest stint being 75 days. While in detention, he was subjected to severe torture, including being whipped with barbed wire and shackled such that his feet were chained to his handcuffed wrists, causing excruciating pain to the point that he lost consciousness.