An 82-year-old gentleman in Anshan City received a phone call from Liaoning Province Women’s Prison at 10:20 a.m. on March 8, 2018. He was told that his imprisoned daughter, Ms. Sun Min, had suddenly lost consciousness after breakfast that morning and was receiving emergency treatment at the prison hospital. 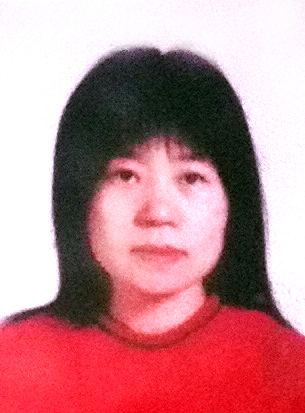 The elderly father received another call on his way to the prison. His daughter had been transferred to Liaoning Province Prison Management Bureau General Hospital. He arrived at 12:50 p.m. only to see his daughter’s dead body. A resident physician surnamed Wang at the general hospital said that Ms. Sun had already passed away by the time she arrived.

Ms. Sun’s death capped her decades-long ordeal for upholding her belief in Falun Gong, a spiritual discipline being persecuted by the Chinese communist regime since 1999.

Sun Min, an award-winning middle school teacher, lost her job after the persecution began. She was incarcerated four times for a total of two years and four months between 2000 and 2012. When she was last arrested on June 28, 2016, she was sentenced to 7 years in Liaoning Province Women’s Prison, where she was subjected to various forms of abuse and torture.

Her father wasn’t allowed to visit her in prison until February 7, 2018. He noted that his daughter, a once healthy woman, was being carried out to the visitation room on someone’s back. She had lost her ability to walk as a result of torture.

Despite her suffering, Ms. Sun, 50, was in good spirits during her brief meeting with her father in February, who didn’t expect that his daughter would die just one month later.

Ms. Sun once wrote an article to detail her repeated arrests for holding firm to her belief. She also explained why she and numerous other Falun Gong practitioners never wavered in their faith, “We are hard-working employees, loving family members, and law-abiding citizens. The only thing that is different about us is that we practice Falun Gong and strive to conduct ourselves according to the principles of Truthfulness-Compassion-Forbearance. Falun Gong has saved so many lives and reunited so many once-broken families. When we are persecuted for no reason, we are saddened to see that the persecution has brought such disastrous damage to our entire nation. This is why we risk losing our jobs or even our lives to raise awareness of the persecution and help the public understand the illegality and brutality of the persecution.”

Ms. Sun’s friends visited her father after her death. The elderly man expressed his determination to seek justice for his daughter. As he sorted through his daughter’s childhood photos, he became quiet and said nothing for a long time.

Killed for Their Belief
Young Girl’s Father Dies in Custody

News
Persecution Amid Outbreak in China

Elderly Woman Dies Hours after Mass Arrest Outside of Beijing

27 Practitioners Die from Persecution Between January and May, 2020