Situation Dire for Freedom of Belief in China: USCIRF Report As part of its 2017 Annual Report, the United States Commission on International Religious Freedom summarizes the conditions of believers in nearly 30 countries and territories. In its section on China, authors briefly outline the status of Christians, Uighur Muslims, Tibetan Buddhists, and Falun Gong practitioners.

China has been listed by the State Department as a Country of Particular Concern (CPC). A CPC is any country whose government engages in or tolerates particularly severe religious freedom violations that are systematic, ongoing, and egregious. 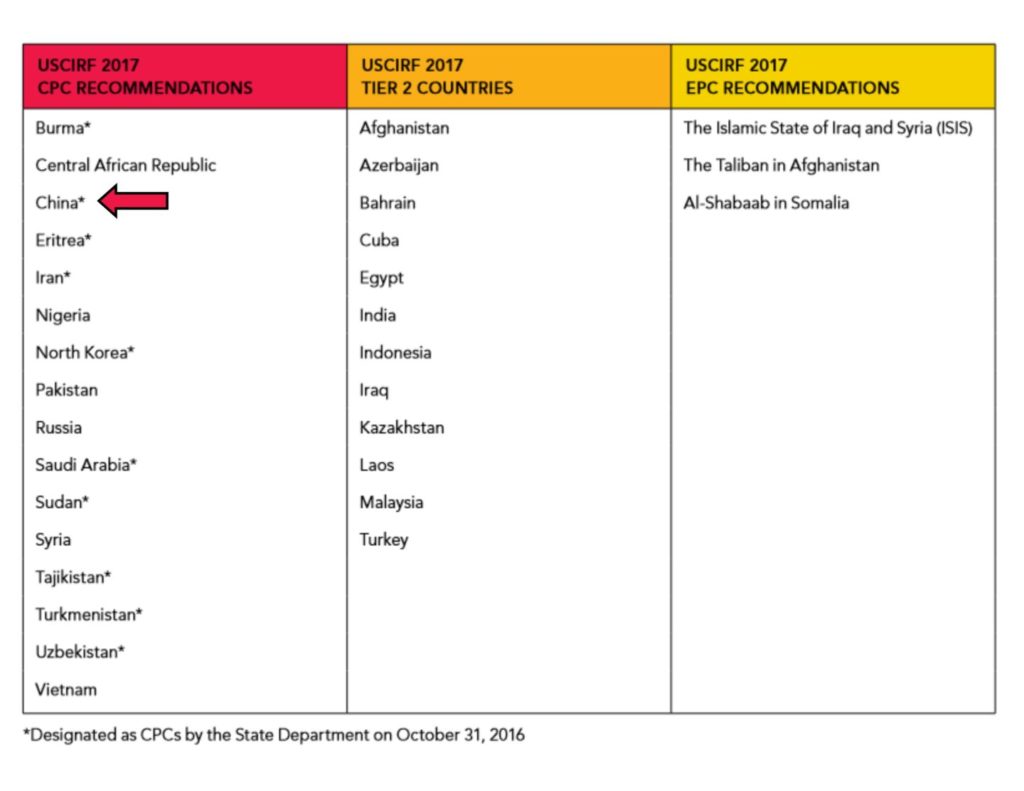 In 1999, the Chinese Communist Party launched a national attack on practitioners of the meditation practice Falun Gong. Thousands of practitioners have been taken from their homes and workplaces and forced into secret prisons. Often they are victims of brainwashing sessions, physical torture, and forced organ harvesting.

As the large-scale persecution of Falun Gong continues for the 18th year, the situation of other faith groups seem to fair poorly as well.

The Chinese Communist Party has redoubled efforts to control religious education and clergy, including heavy fines for any religious activity deemed “illegal.” Of recent concern, bizarre incidents have been reported of the Communist (read: atheist) Party attempting to regulate the reincarnation of the Dalai Lama. Beijing and the Vatican have also been in negotiations over the appointment of Catholic bishops in China’s state-sanctioned churches.

Independent Christian churches and Tibetan Buddhist monasteries continue to be demolished at the hands of the CCP. The regime imposes size and placement regulations on crosses adorning buildings. Clergy who do not comply often face terrifying consequences. The report mentions a couple in Henan province who were crushed under the rubble of their house church as it was demolished. The wife did not survive.

As the issue of freedom of belief comes to a head in China, surveillance, harassment, and detention of rights defenders and activists become more prominent as well. Though some lawyers have made progress in their localities, practicing law continues to be a hazardous profession in China.

Read the full report here. For more on the subject of religious freedom in China, also see the 2017 Freedom House report.