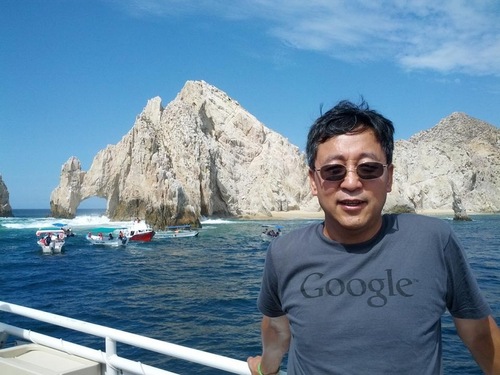 Mr. Zhang Zengjun, 57, works as a network management engineer for a Silicon Valley company in California. He is very healthy and happy. It’s hard to believe that 17 years ago, Mr. Zhang suffered from terrible migraines that were thought to be incurable.

Before practicing Falun Gong he suffered from what he called, “very strange headaches,” but experienced them only on weekends when he was relaxing at home. Whenever he closed his eyes, the headaches started, and he felt better only when he was reading something.

Mr. Zhang obtained his Master’s degree in Integrated Telecommunications Management at the University of Colorado. He thought that modern medicine would be able to treat his headaches in no time, but when doctors told him that this was not the case, he was very disappointed.

“They told me that my blood was too thick, and thus when my brain wasn’t functioning to its full potential, the blood would not fully circulate, causing my head to hurt,” he said. “The doctors also told me that there was no effective treatment for my case. They suggested that I keep my brain active by working more.”

However he became fatigued when he worked for prolonged periods of time.

He then turned to traditional Chinese medicine. However, a Chinese medical doctor told him that he could not help him. He had never seen a patient with such symptoms, and did not know what to do.

Desperate to cure his terrible head pain, he looked everywhere for a possible remedy. He decided at one point to try a qigong practice called Falun Gong, a self-cultivation practice which teaches the principles of Truthfulness, Compassion, and Forbearance, and originated in China in 1992.

“Within two months of practicing Falun Gong, my painful headaches disappeared,” he said. “My head has not hurt for close to 17 years, and I have almost forgotten what a headache feels like.”

Because of his experience, Mr. Zhang tells his friends that there are three levels in achieving good health. Sports is one way, but it is a low-level way. Consequently, beneficial results may show on the surface, even though the fundamental problems have not been resolved. For example, many athletes suffer health problems even after they retire.

Mr. Zhang explained that to him, being a good person is a higher-level method, and a determining factor in achieving good health. He said that Falun Gong practice taught him to consider others first and pay less attention to fame and petty personal gain. He has thus become calm and peaceful, and also experienced improved health.

In modern society however, it is not always easy to consistently be a good person, due to human temptations and desires.

“Only by cultivating can one be a good person continuously,” he said. “Cultivation is a wonderful thing. When one follows the principles of Truthfulness-Compassion-Forbearance, he can rise to a higher level without outside assistance.”

Cultivation is the one cure-all that allows the practitioner to step out of humanness and turn into a truly good person, free of health problems.

News
Having Lost Her Husband to the Persecution of Falun Gong, 78-year-old Woman Gets Second Prison Term for Her Faith