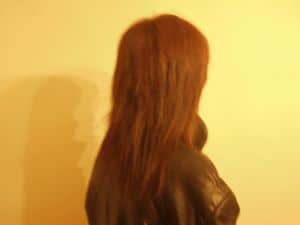 The witness, a former employee at the Liaoning Thrombosis Treatment Center of Integrated Chinese and Western Medicine, and says the bodies of Falun Gong practitioners are cremated immediately after the organs are removed. (The Epoch Times)

A former employee of Liaoning Provincial Thrombosis Hospital of Integrated Chinese and Western Medicine told The Epoch Times during a recent interview that the Sujiatun Concentration Camp in China was actually a part of a hospital. The concentration camp has engaged in taking organs from Falun Gong practitioners when they were still alive and selling the organs. Since 2001, the concentration camp has secretly detained approximately 6,000 Falun Gong practitioners, none of whom have been able to leave the camp alive. The hospital removed many kidneys, livers, and corneas from the practitioners. After the organ removal, the practitioners were thrown into an incinerator, which was converted from a boiler. Their ashes were dumped together with burned charcoal.

Organs from Three Quarters of the 6,000 People Were Removed

Those whose organs were removed were in various states of health. Because many of the victims were illegally detained, there was neither an arrest warrant nor identification as to who these people actually were. Often after their organs were removed, nobody claimed the bodies. Sometimes their bodies were picked up by crooks who pretended to be their family members.

About three-quarters of the 6,000 people died after their hearts, kidneys, corneas, or skin was removed; their bodies were then burned. This witness, whose family member participated in the removal of Falun Gong practitioners’ organs, said that approximately 2,000 Falun Gong practitioners remain in the hospital. She was afraid that the authorities would kill all of them to destroy evidence.

The Liaoning Provincial Thrombosis Hospital of Integrated Chinese and Western Medicine is located at 49 Xuesong Road, Sujiatun, Shenyang City, Liaoning Province, China. It was the first hospital in China to specialize in the heart, the brain, and surrounding blood vessels. The hospital is composed of several organizations, including the Liaoning Traditional Chinese Medicine College Teaching Hospital and the Shenyang Thrombosis Treatment Center.

The hospital site is 21,087 square meters, with 17,564 square meters of building area. It employs 460 people in 24 departments and 20 specialized offices. Information from the Chinese government shows that the hospital was established in December 1988, and was formerly named the Shenyang Research Institute of Thrombosis and Liaoning Province Thrombosis Treatment Center of Integrated Chinese and Western Medicine. In June 1998, it was renamed China Traditional Medicine Thrombosis Treatment Center.

The Chinese Business Morning View said in a story on July 4, 2004, that a farm worker died of abnormal causes in Sujiatun, Shenyang and was later cremated. The death certificate was provided by the Chinese Medicine Thrombosis Treatment Center in Sujiatun. The news caused a stir in China.

Below is the transcript of an Epoch Times reporter’s interview with the former staff member of the Liaoning Provincial Thrombosis Hospital of Integrated Chinese and Western Medicine in Sujiantun, Shenyang City. Questions were posed by the reporter and answered by the staff member being interviewed.

Epoch Times: Did the hospital’s medical staff inside the concentration camp know about this?

Answer: This hospital has a small number of officials and some doctors involved secretively in the operation of organ harvesting. Some other staff in the hospital knew about this, but this is absolutely a taboo [to talk about]. They all are afraid of being killed or courting trouble, so they all avoid the issue. Only those highly trusted doctors could be chosen to be the surgeons for organ harvesting operations.

ET: Were Falun Gong practitioners alive when their organs were harvested? Did their families know about this?

Those Falun Gong practitioners whose organs were harvested came from various places.

Furthermore, there were some healthy Falun Gong practitioners in prisons in other areas who were injected—without their knowledge—with psychoactive drugs that made their minds confused. They then were transferred to Sujiantun concentration camp to suffer further torture, till in the end their organs were harvested and their bodies were cremated in secret.

Among the Falun Gong practitioners whose organs were harvested, some were weak and some were healthy. Since most of them were illegally arrested, there were no arrest warrants or identification cards. After their organs were taken out while they were still alive, no one came to claim their bodies; or [sometimes] people using fake identities claimed their bodies.

None of these people have come out [of the concentration camp] alive; three-quarters of these 6,000 people have died, having their hearts, kidneys, retinas, and skins harvested and their bodies disposed of. I think now about 2,000 Falun Gong practitioners are still in this hospital, and I am afraid now that the authority will destroy all evidence and kill them.

Question: How did you know these things? Were you yourself a doctor involved in organ harvesting?

Answer: I worked at the Liaoning Provincial Thrombosis Hospital of Integrated Chinese and Western Medicine, Shenyang. This is exactly where this concentration camp is located. One of my family members was involved in the operation to harvest Falun Gong practitioners’ organs. This has brought great pain to our family.

Question: Please tell us what you knew about.

At the time when we went to work there, the person in charge of logistics and purchasing in the hospital said that the quantity of disposable sterile gloves used for operations and daily supplies that the hospital authorities asked to be purchased had increased dramatically. The logistics people estimated based on the scale of purchases at that time that there were at least 6,000 Falun Gong practitioners detained in this hospital.

These Falun Gong practitioners were not detained in the 4-story building under the in-patient department and administration at the front of the hospital, in order to keep the hospital staff from seeing them at all. We only occasionally saw Falun Gong practitioners being sent on a mobile intensive care bed to the first floor for physical examinations. These people were very weak. For the majority of the Falun Gong practitioners, nobody knew where they were being secretly kept. While they still did not know where these people were kept, some staff inquired to the hospital authorities about why so much food and so many sterile gloves and daily supplies were purchased. The hospital authorities said, “You only need to do your job well. There is no need for you to ask any other questions.”

My family member also told me: “you don’t understand my suffering; those Falun Gong practitioners were alive. It might be easier for me if they were dead, but they were alive.”

Question: Were there any other doctors from the hospital taking part in the operations of cutting out Falun Gong practitioners’ organs?

Answer: I know there were some. All these things have been carried out secretly. Many doctors at our hospital involved were practicum doctors transferred from other hospitals. Because the government does not want to be responsible for Falun Gong practitioners’ bodies and lives, their lives are treated as garbage by the regime, and their bodies were used in experiments by new doctors doing their practitcums.

Many doctors came and left the hospital because they suffered a lot after having been involved in these kinds of things. They either requested to be transferred to other places, or changed their names. Some might have been killed to eliminate the evidence, their identity files were taken out from the hospital’s filing system, or their names were changed. Nobody knows where the doctors have gone.

The hospital staff all know that the rear part of the hospital is forbidden. It is always watched. The staff avoids talking about the place.

Question: It is said the hospital is equipped with an incinerator. The person whose organs were removed will be burned when he or she is still alive. Is that true?

Answer: The employees in our hospital call this place “the incinerator.” Actually, it is a boiler room. Some poor farmers from nearby places were hired to work in the boiler room. They were penniless when they first came here. But they could scrape up some watches, finger rings, necklaces, and so on. The amount is not small. It is said by the employees in the hospital these jewelry and watches were collected from the Falun Gong practitioners whose organs had been removed when they were about to be thrown in the boiler to be burned. It is also said by the employees in the hospital, some were still alive when being thrown into the boiler.

Question: Do they get injection of anesthetic when in surgery?

Answer: Yes. There is a cap to the anesthetic quantity used in mainland China’s hospitals. Generally, the supply of anesthetic was determined according to the accommodation of the hospital. To the public, the number of patients in our care appears to be very small, and publicly reported number of surgical procedures performed is quite low. But the equipment and articles used in surgery are abundant. Because the amount of anesthetic is limited, these secret surgeries could not use the normal anesthetic doses. In order to save anesthetic, they economized on the anesthetic used in surgeries on these Falun Gong practitioners. The amount of anesthetic used was very small. However, many whose organs were removed were still alive. You can imagine the pain suffered by the Falun Gong practitioners whose organs were removed.

Question: Are there any survivors among the 6,000 people detained since 2001?

Question: Where are these organs usually sold to? Do the higher authorities in the government know about this?

Answer: They are mainly sold to Thailand, but I believe they are also sold to other regions of the world. Nowadays, there are many patients in China who need human skin, corneas, and kidneys for organ transplant surgeries. Many patients have to wait in line to purchase organs. Currently, a kidney can be sold up to the price of 30,000 to 100,000 U.S. dollars. The profit from selling organs is simply too great. The people who benefit from this are not only the top leaders of hospitals and the officials of the Chinese Communist Party’s Heath Department. This is a crime present across the entire nation. People ranging from government officials to doctors to organ sellers are all involved in this and are profiting greatly.

Question: Why did they target Falun Gong practitioners as the source of organs?

Question: Why did you want to expose this? This may bring great danger to you.

Torture
After Losing Her Unborn Child, English Teacher Dies From Years of Persecution