The Butchers of Beijing

A new report shows that China's practice of harvesting organs from political prisoners is even more widespread than we thought. 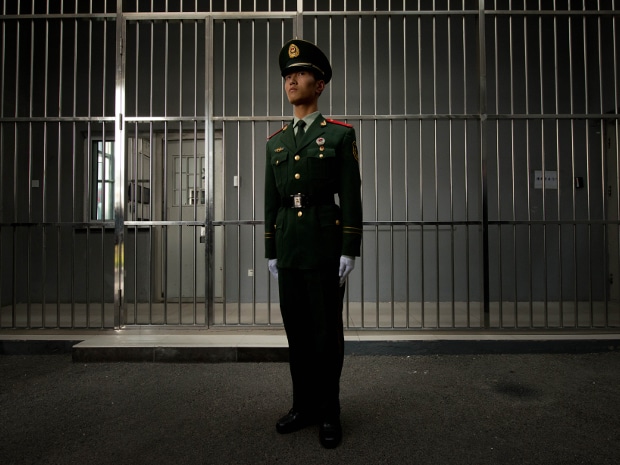 What we know about the pillaging of vital organs from still-living prisoners in the People’s Republic of China, and the sale of their livers, lungs, hearts and kidneys, is that it is a widespread, outrageous and lucrative business and one the Chinese government habitually lies through its teeth about.

What we know about the Chinese government’s paranoia about Falun Gong, a harmless spiritual discipline not unlike a form of contemplative Buddhism, is that the authorities in Beijing have jailed, executed or otherwise “disappeared” thousands of its adherents, who numbered perhaps 70 million before the reign of terror against them began in the 1990s.

We know, too, that Falun Gong prisoners have been singled out as sources of raw material for China’s shadowy organ-harvesting industry, thanks largely to the persistent efforts at documentation undertaken by former cabinet minister David Kilgour and B’nai Brith senior legal counsel David Matas, and also owing to the more recent investigations by the London-based foreign policy analyst and journalist Ethan Gutmann. Their books on the subject are banned in China.

The entire organ-harvesting enterprise is controlled by the state, with the intimate involvement of China’s military and security apparatus.

We also know that an early epicentre of Falun Gong persecution and the trade in their body parts was in Dalian, the fiefdom of the cruel Communist party boss, Bo Xilai. Before corruption charges and the disfavour of Chinese President Xi Jinping landed the former Chinese commerce minister in prison four years ago, he was facing lawsuits alleging torture and crimes against humanity, which were filed against him in 10 countries.

Bo was also a favourite of Canada’s China lobby. He was a “good ally,” Sergio Marchi, the one-time Liberal trade minister and president of the Canada China Business Council, lamented when Bo was jailed in 2012. Jean Chrétien, the former Liberal prime minister who went on to a fabulous career in China-trade consultancies, called Bo an “old friend.”

It is fitting, then, that it is in Ottawa — where only a few days ago Chinese Foreign Minister Wang Yi ruined a little favour-currying affair the Liberal government had arranged in his honour by barking at Canadian journalists for impudently mentioning the words “human rights” in his presence — that Kilgour, Matas and Gutmann are releasing a new report this week, exposing Beijing’s top-to-bottom complicity in the organ-harvesting racket. Titled Bloody Harvest/The Slaughter: An Update, it runs to 564 pages, followed by 2,360 footnotes.

According to the report, the entire organ-harvesting enterprise is controlled by the state, with the intimate involvement of China’s military and security apparatus. The report exposes the Chinese government’s efforts to enforce a systemic cover-up of the whole thing. It is an industrial-scale enterprise involving the trafficking of tens of thousands of organs intended for transplant every year — at least 15 times as many as claimed in official government statements.

Gutmann’s 2014 research had settled on a “best guess” that 65,000 Falun Gong practitioners have been slaughtered for their organs over the past several years. The new report’s primary research findings, gathered from hospital records, medical journals, whistleblower accounts and hard-to-hide databases, appears to confirm that those earlier estimates were wildly over-cautious.

What we know about the number of people sentenced to death by China’s rubber-stamp judiciary every year is that the number is a state secret. Amnesty International doesn’t bother trying to count any more — the last time was 2008, when at least 1,066 people were sentenced to death — but the usual death-row organ-pillaging cannot account for the massive upsurge in transplant traffic in recent years. Voluntary organ donation in China is exceedingly rare. No organ donation system existed anywhere in the country before 2010. A public, national organ donation system began only in 2014.

The United Nations, international medical associations and a variety of non-governmental organizations have persistently questioned Beijing about the spectacular disparities and transparently fraudulent official numbers surrounding its transplant industry. Beijing’s response has consisted entirely of the same well-practised farrago of lies, how-dare-you conniptions and instructions to mind one’s business that was so perfectly articulated by the dutifully obedient Wang in Ottawa the other day, on the subject of human rights in China more generally.

“There is no other plausible explanation for the sourcing of this number of organs than the killing of Falun Gong (and to a lesser extent, the killing of Uighurs, Tibetans and House Christians) for their organs,” Kilgour, Matas and Gutmann conclude.

Last week, giving every impression that Canada’s postures on the subject of human rights in China are negotiable, Prime Minister Justin Trudeau hinted that perhaps the free trade agreement with China his party’s decrepit old sell-outs so feverishly desire might take a bit longer than they would want, owing to “an awful lot of work to do to get towards that, whether it’s on human rights and governance issues, whether it’s on respect for the rule of law around Canadian investments.”

Yes, quite. An awful lot of work will be required to shift President Xi, whose family has mysteriously accrued hundreds of millions of dollars throughout the course of his rise to the pinnacle of China’s gangland power structure, and who has awarded himself greater power than any Chinese president since Mao Zedong, and whose accomplices in the National People’s Congress include more than 200 gluttonous parasites with a combined net worth of $463 billion, roughly equal to the gross domestic product of Sweden.

Having driven the Chinese people into penury ($18 trillion in debt, as of last year) and sucking the lifeblood out of the country’s captive pool of slave labourers (the number of workers’ strikes and protests has tripled over the past three years), two-thirds of China’s Communist party overlords are preparing to abscond from the country, according to a 2014 poll by Shanghai’s Hurun Research Institute. “Capital flight” from China reached nearly $1 trillion last year.

And what of Kevin Garratt, the innocent missionary the regime kidnapped in retaliation for Canada having mentioned two years ago that Beijing’s military hackers had just broken into the National Research Council’s mainframes? And what of the 319 Chinese lawyers, human rights activists and their family members who have been interrogated, locked away in dungeons, held under house arrest or simply made to disappear over the past six months? What of the 20 people arrested in March for having the temerity to write a letter calling on Xi Jinping to resign?

We should mind our tone, Trudeau’s hapless, gawping foreign affairs minister, Stéphane Dion, continues to instruct us. The ghastly and unpardonable crimes of Beijing’s ravenous elites are best left to polite exchanges in parlours, says Dion: “I think that’s the best way to see progress made.”