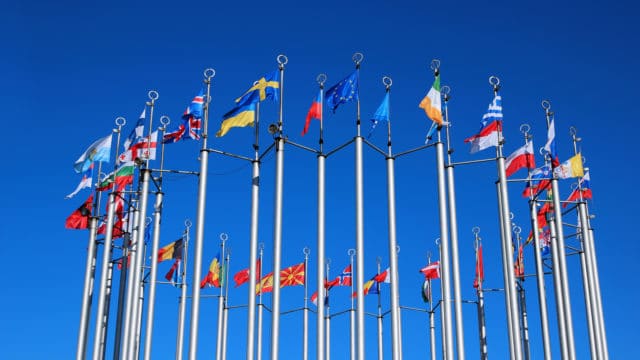 New York—643 lawmakers from 32 countries and across party lines have issued a joint statement calling on the Chinese Communist Party (CCP) to immediately stop the “systematic and brutal campaign to ‘eradicate’ the spiritual discipline of Falun Gong.”

Current and former ministers, senators, members of parliament, members of congress, and state-level lawmakers from 32 countries in Europe, North America, the Middle East, Asia-Pacific, and Latin America are among the statement’s signatories. They express their deep concern for Falun Gong’s well-documented, 21-year-long struggle for freedom of belief in the face of violent repression at the hands of the CCP. They recognize July 20 as the day the persecution began more than two decades ago and note that Falun Gong (a.k.a. Falun Dafa) is an ancient Chinese meditation practice based on the three principles of Truthfulness, Compassion, and Tolerance.

The joint statement is an unprecedented effort by parliamentarians who hail from across the political spectrum to condemn injustices committed by the CCP against Falun Gong. The signatories are current and former officials from the United Kingdom, Canada, Germany, France, Italy, Denmark, Ireland, the Netherlands, Sweden, Switzerland, Belgium, Romania, Austria, Poland, Spain, Finland, the Czech Republic, Slovakia, Israel, Australia, New Zealand, Latvia, Norway, Argentina, Japan, Taiwan, Venezuela, the United States and Indonesia. Over 20 U.S. lawmakers and other officials have released separate personal statements calling for the end of the persecution of Falun Gong upon its 21st anniversary. These statements are available in full here.

21st Anniversary of The Persecution of Falun Gong: Prominent Tweets.