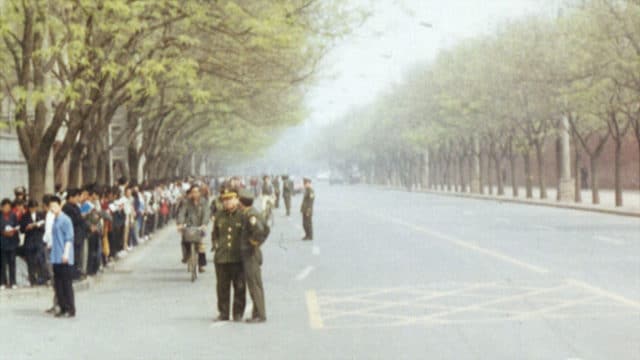 NEW YORK — Widely misunderstood as a provocative protest against the central government in Beijing, Falun Gong practitioners’ large-scale appeal near Zhongnanhai on April 25, 1999 thrust the practice into headline news around the world. Most media identified the appeal as a primary catalyst for the persecution campaign that would be launched three months later and rage on to the present day.

The problem is, that’s not true.

A few top communist party leaders had put in motion plans to suppress Falun Gong as early as 1996, with the aim of stirring up a campaign through which they could consolidate power (report). During this time, defamatory articles against Falun Gong were placed in government-controlled media, spies were sent to Falun Gong volunteer practice sites to “investigate,” the Falun Gong books were banned, and harassment by police and other security personnel at Falun Gong practice sites became more frequent over time.

The April 25 appeal itself had been orchestrated to some degree by officials in Beijing.

On April 11, 1999, an article published in nearby Tianjin had attacked Falun Gong. Practitioners in the area had gone to the paper to discuss the inaccuracies of the report with the editors. They were subsequently beaten and arrested. As more practitioners sought an end to these beatings and the release of those arrested, they were told by officials to take their complaints to the appeals office in Beijing. Word quickly spread, and on the morning of April 25 more than 10,000 Falun Gong practitioners from the surrounding area went to the appeals office in Beijing, just like they had been instructed to do. The event was described by participants and journalists alike as peaceful and orderly, although state propaganda would later characterize it as a “siege” of the central government compound.

In reporting on this incident and the role it may have played in the plight of Falun Gong, the Falun Dafa Information Center implores journalists and editors to research the event thoroughly. As the persecution of Falun Gong in China enters its fourteenth year, details of horrific crimes such as the systematic and widespread torture of practitioners in the Masanjia Labor Camp or the killing of tens of thousands of Falun Gong practitioners to extract their organs to fuel China’s booming organ transplantation business are coming to light. These stories cut to the heart of what’s really happening on the ground inside China. It’s important these stories be told with accuracy and an informed perspective, especially with regards to events like April 25 where Beijing’s propagandists have aimed to reshape history.

For more information about April 25, see the following references:

For a detailed account of why the Chinese regime launched the suppression of Falun Gong, see the following references: