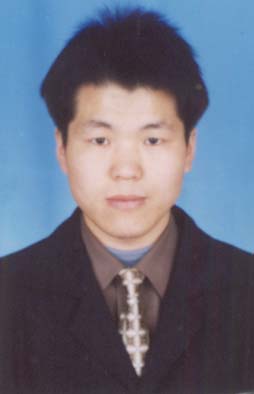 Fu Ziming died in custody within days of being detained

Mr. Fu Ziming (???) died in custody between April 20 and 22, just days after being detained by police in the vicinity of Wuyi Mountain Scenic Area of Fujian Province, a popular tourist destination in southeast China and a UNESCO World Heritage Site. Fu had traveled to the area as part of a group from the post office where he worked in his hometown of Jianli County in Hubei Province.

On April 17, while visiting the Mt. Wuyi area, Fu wrote in crayon on a rock “Falun Dafa is good; Truthfulness-Compassion-Forbearance is good.” Fu’s actions were apparently recorded by a nearby surveillance camera and that evening, he was taken from his hotel by agents from the management department of the local police station operating under Wuyi Police Department.

On April 22, his family was informed that he had died in the custody of 610 office agents who were transporting him back to Jianli after picking him up on April 20 from Wuyi. Following his death, security agencies – including the Public Security Bureau and the extra-legal 610 Office – took measures to cover up Fu’s death.

One person at the police station in Jianli admitted briefly to a reporter that Fu’s corpse was in police custody (report). However, the individual hung up when probed about further details regarding the case. The authorities also pressured the colleagues who traveled with Fu to Fujian to remain silent about the circumstances surrounding his death.

“We don’t know where his corpse is,” a co-worker told a reporter from the Chinese-language Epoch Times in May.  “However, it’s impossible that it will be transported back here. It has been cremated out somewhere [else]. My heart feels very bad [about Fu’s death].”

The Financial Times briefly reported on Fu’s case on June 10, 2009:

“Just last month, Fu Ziming, a young postal worker on holiday with his colleagues at a Unesco World Heritage Site in south-east China, was arrested after a security camera caught him writing on a rock: ‘Falun Dafa is good; truthfulness-compassion-forbearance is good’, referring to Falun Gong by its alternative -Chinese name.

Two days later he was dead, allegedly from torture at the hands of police and state security agents, and his entire family has since been taken into custody, according to Falun Gong activists. Local officials and law enforcement agencies who allegedly dealt with his case refused to talk to the Financial Times.”