Mechanical engineering grad student Winston Liu is enjoying his life and freedom in Canada, but his life hasn't always been that enjoyable, or that free 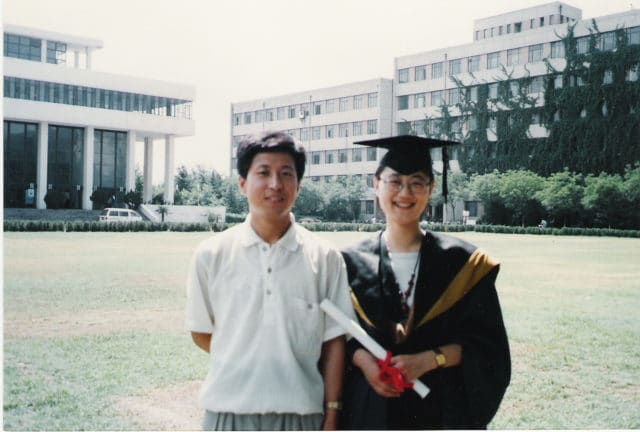 On January 1, 2001 Wenyu (Winston) Liu and his wife Yue Yao were both taken forcibly from their home and imprisoned. The reason: both were Falun Gong practitioners, a faith that had been declared illegal by the communist government in 1999.

Liu and Yao were graduate students at Tsinghua University in Beijing. They were each among the top of their class, and Liu had even been admitted into his PhD early, without having to complete his master’s work—not exactly the makings of a hard and fast criminal.

A couple of years earlier the pair had been introduced to Falun Gong through fellow student practitioners.

Yao was seeking a way to deal with poor health and constant headaches that had suspended her studies. Within weeks of practicing the exercises and applying the principles of Falun Gong, Yao felt tremendously better. Liu credits the lifestyle change with curing his insomnia. He had also been searching for more spiritual direction in his life and felt Falun Gong provided him with solutions.

“In China, many of the values Chinese should hold have been missed in recent years,” explains Liu in broken English. “I was fortunate to find a faith, [one that reflects] the core principles of truthfulness and peace in my heart. And, of course, good health.”

The arrest in 2001 had not been the first for Liu, but it would be his longest imprisonment. He was sentenced to three years for downloading information from the Internet and disseminating it via e-mail to his friends and fellow practitioners. His wife received a term of 12 years, because she sent more e-mails extolling the virtues of their faith.

“During the time I was confined in detention centre and jail, the mental torture I endured was worse than the physical abuse. It’s terrible to remember it. I spent six months in solitary confinement in a room about seven square metres, utterly deprived of human contact,” reflects Liu.

Four months before his release date, Liu was broken. A guard had promised he could get out early if he signed a statement recanting his faith. Liu complied. “I know I did a wrong thing now,” Liu regretfully admits.

Upon release, Liu went home to central China to spend time with family and adjust to his new freedom. The return was difficult for Liu, and he said his prison experiences kept running through his head. “Even though you have freedom, it is still difficult to deal with real life.”

His real life did continue, however. Liu returned to Tsinghua University. He was there in time for [University of Calgary] President Harvey Weingarten’s visit in the fall of 2004 while the president was on a university tour through Asia. Liu was invited to a reception and met Weingarten. His supervisor knew of the opportunities that existed for Liu at the U of C, and encouraged him to apply. Liu already knew that he would have to go overseas if he wanted to practice his faith and had decided Canada would be his destination.

“I believe Canada is a country of freedom of expression and freedom of belief.”

Liu arrived in Calgary in August 2005. One of the first places he sought out was Prince’s Island Park, where local practitioners of Falun Gong go on summer Sunday mornings to work through the exercises together. “I was so excited to see so many people practicing … and in public.” That, says Liu, is real life and real freedom.