Inside China: Lives of Imprisoned Professor, Missing Wife in Danger in Chongqing 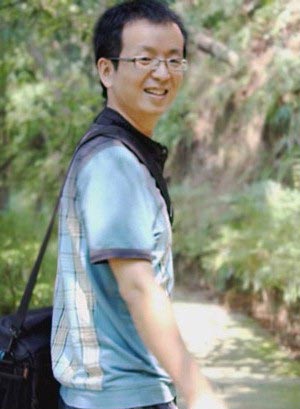 Mr. Tang Jian before his imprisonment

NEW YORK — The health of a professor imprisoned in Chongqing for practicing Falun Gong has badly deteriorated and his life may be in danger. The 37-year-old Mr. Tang Jian (??) was abducted  during an intensified crackdown on Falun Gong in the city led by former Communist Party official Bo Xilai. After requesting medical treatment for him, his wife has disappeared and is believed in police custody.

“Disgraced former Politburo member Bo Xilai had a long history of proactively persecuting Falun Gong practitioners, be it in Liaoning province or after he moved to Chongqing,” says Falun Dafa Information Center Executive Director Levi Browde (fact sheet on Bo Xilai). “While Bo is no longer in a position of authority, the legacy of intensified persecution that he started in southwestern China clearly continues.”

Mr. Tang was abducted from his workplace at Chongqing Jiaotong University on November 1, 2011. After months in detention, he was put on trial in February 2012. According to his wife, he was then scheduled to be released because there was no evidence against him. Nonetheless, the authorities kept him in custody illegally and subsequently sentenced him to three years in prison on March 16, 2012 following a sham trial.

“The sentence came out of the blue. I felt like the sky was falling. Every cell in my body felt as though being torn apart.” Mr. Tang’s wife wrote in an open letter published online on the Chinese-language Minghui website (read English translation).

“Jian did not violate any laws. It is totally wrong to detain him and sentence him.”

Mr. Tang was transferred to Yongchuan Prison in May 2012. His family visited him on June 17 and again on July 9. They observed an alarming decline in his health. He was almost skeletal except for swollen feet, and was out of breath after just a brief  conversation. Prison authorities humiliated Mr. Tang by prohibiting him from wearing pants and also deprived him of sleep.

Mr. Tang’s wife, Ms. Li Xiao (??), urged that prison authorities provide him with medical treatment, but the wardens denied the request and threatened her with arrest. On July 18, Ms. Li visited the South Bank District 6-10 Office, the local branch of an extralegal Communist Party security force that oversees the persecution of Falun Gong throughout China (more on the 6-10 Office). They, too, denied her request and threatened her.

Family members report that the 32-year-old went back to the prison again on July 24 to demand treatment for her husband. She has not been heard from since.

“Ms. Li had learned about Bo’s possible involvement in forced organ removal from Falun Gong practitioners and was terrified for her husband’s safety,” says Browde. “That she would be abducted while appealing to the authorities for what was clearly warranted medical parole further underscores the lawlessness promoted under Bo.”

The persecution of Falun Gong intensified in 2011 under the direction of then-Chinese Communist Party head and Politburo member Bo Xilai. Mr. Tang’s abduction occurred precisely at the time of a spike in overall abductions, physical and psychiatric torture at brainwashing centers, and other  harassment of local residents practicing Falun Gong, including the shutting off of their utilities. (read more: news bulletin and news bulletin) One brainwashing class—to which at least 28 Falun Gong practitioners were taken—was reportedly held at a summer resort in Nan’an District, the same part of Chongqing that Mr. Tang and his wife reside in (news).

In a letter of appeal that Ms. Li wrote and then posted online, she detailed their family history, which included persecution experienced over the last ten years (read more). As a young man, Mr. Tang experienced numerous health problems, but found remarkable improvements after practicing Falun Gong. His practice was publicly known and Southwest Petroleum University had to drop Mr. Tang from its PhD program when the persecution began in 1999. Because of his excellent scholarship, however, the University made an exception and hired him to teach.

Mr. Tang lost his job when he was arrested and illegally sent to prison for four years in 2002 for practicing Falun Gong. The Chongqing Branch of the ZTE Corporation offered him a position after his release in 2006, despite the prohibition on hiring Falun Gong practitioners. Pleased with his performance, the branch raised his salary two times in a three-year period.

Ms. Li herself has also been subjected to past persecution for her practice of Falun Gong, including being sentenced to a forced labor camp in Chongqing when she was only 19 years old. She has repeatedly been hospitalized due to torture in custody, heightening fears that she, too, is currently facing abuse.

“This couple’s story is a classic example of the domestic brain drain that the Communist Party has caused in its campaign against Falun Gong,” says Browde. “Beyond Mr. Tang and Ms. Li’s personal tragedy, there is a wider impact on society when gifted scholars and talented young people like them are locked up simply because they wish to continue a practice that has brought them health and peace of mind.”

The Falun Dafa Information Center calls on the authorities in Chongqing to release Mr. Tang Jian and his wife Ms. Li Xiao. The Center also urges Western government officials and human rights groups to voice their concern for their well-being and call for this couple’s immediate and unconditional release.