Doctors, independent experts call for end to crimes against humanity 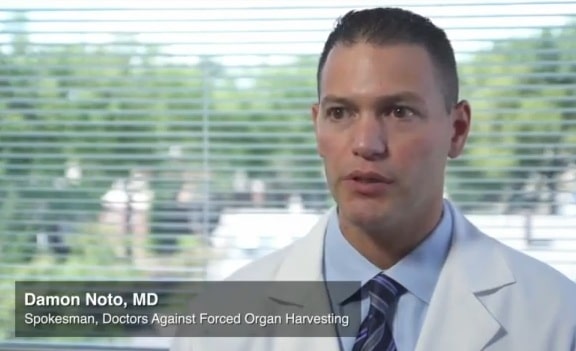 NEW YORK—A new online video details how, for the past ten years, Chinese military hospitals have operated a multi-million dollar human trafficking business that murders Chinese citizens to sell their organs (video). Experts cited in the video estimate that tens of thousands of prisoners of conscience, mostly Falun Gong practitioners, have been killed so that their organs could be sold for profit.

Renowned Canadian human rights lawyer David Matas dubbed such abuses “a new form of evil on this planet.” Dr. Gabriel Danovitch, a leading transplant surgeon from the University of California in Los Angeles, calls such practices “abhorrent” and a “crime against humanity” that must stop.

The video, produced by New York-based New Tang Dynasty Television (ntdtv.org), comes at a particularly salient time. Almost immediately after its release, Forbes contributor Eamonn Fingleton cited the video as one of two on China that the U.S. presidential candidates must watch (report).

As the Communist Party’s changing of the guard and the trial for former Chongqing Party-chief Bo Xilai approach, the organ harvesting issue is particularly relevant given Bo and his deputy Wang Lijun’s apparent involvement in organ transplant abuses (see factsheet).

“Despite the mounting evidence of these crimes, mainstream media have been largely silent on this issue, but as this video shows, credible voices from the medical and policymaking communities are raising the alarm that horrific things are happening in China that can no longer be ignored,” says Levi Browde, Executive Director of the Falun Dafa Information Center.

“These abuses are not just Chinese people’s problem. They tear at the very fabric of our humanity,” says Browde. “Worse yet, in a transnational industry like organ transplants, people around the world—be they patients or doctors or pharmaceutical companies—are, unwittingly or not, complicit. We can’t just turn a blind eye.”

* To view the video, see here.
* To sign a petition urging an end to organ harvesting from prisoners in China and calling for further independent investigations, see here.
* For a Falun Dafa Information Center Fact Sheet on organ harvesting, including the connection to Bo Xilai and Wang Lijun, see here.

News
US State Department Report: Human Rights Violations Against Falun Gong and Other Groups in China

US State Department Report: Human Rights Violations Against Falun Gong and Other Groups in China